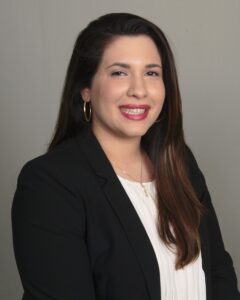 Cristina A. Nieves, Esq. is an associate attorney at Shane & Shane where she practices immigration law.

While in law school, Ms. Nieves worked for two years at the Franklin County Public Defender’s Office where she served an indigent population and helped them gain access to criminal representation. Following her second year in law school, Ms. Nieves was recognized for her work in public interest and was awarded a fellowship. This fellowship funded Ms. Nieves internship at Americans for Immigrant Justice (AIJ), a nonprofit law firm, where she represented immigrants who had survived domestic violence, sexual assault and/or human trafficking. Her work at AIJ sparked her passion and dedication for practicing immigration law.